Deandre’s Story: The Road to College

Growing up, Deandre struggled in school. Due to family issues, his mom moved the family frequently, making it hard to keep up. He also suffered from test anxiety and says, “I didn’t think I would go far. I told myself I wasn’t smart enough.”

During the summer after his junior year of high school, Deandre had to attend summer school to catch up. That was when he realized he needed to make a change. He put in extra effort to make up for lost time: “I went to summer school every day. I took extra classes.”

Deandre was able to graduate high school on time, but he didn’t know what to do next. He practiced basketball every day but did not have direction or a career goal. Before joining North 4, he was unemployed and not attending school.

EMERGE North 4 Coordinator, Ron Williams, worked hard to recruit Deandre. Deandre says, “At first I was avoiding him, but I finally came to EMERGE. Ron is like my uncle now. He helped me focus on a task before moving on, he helped me be a better listener. I was surprised by how much he really cared.” During North 4, Deandre had an internship in construction. He was also chosen as a BUILD Leader and served the community as a role model & teaching an anti-violence curriculum to elementary-aged children. He says, “My brothers look up to me now. Even my older brothers!”

With renewed confidence, Deandre recently made the decision to attend college. With EMERGE’s help, Deandre applied to and was accepted at Minnesota West Community & Technical College in Worthington, Minnesota. He will attend this fall and was chosen to play basketball on the college team. Deandre doesn’t know what the future holds, but says, “Now I know I am smart enough.”

Sign up for EMERGE's newsletter to see success stories, new initiatives, and updates! 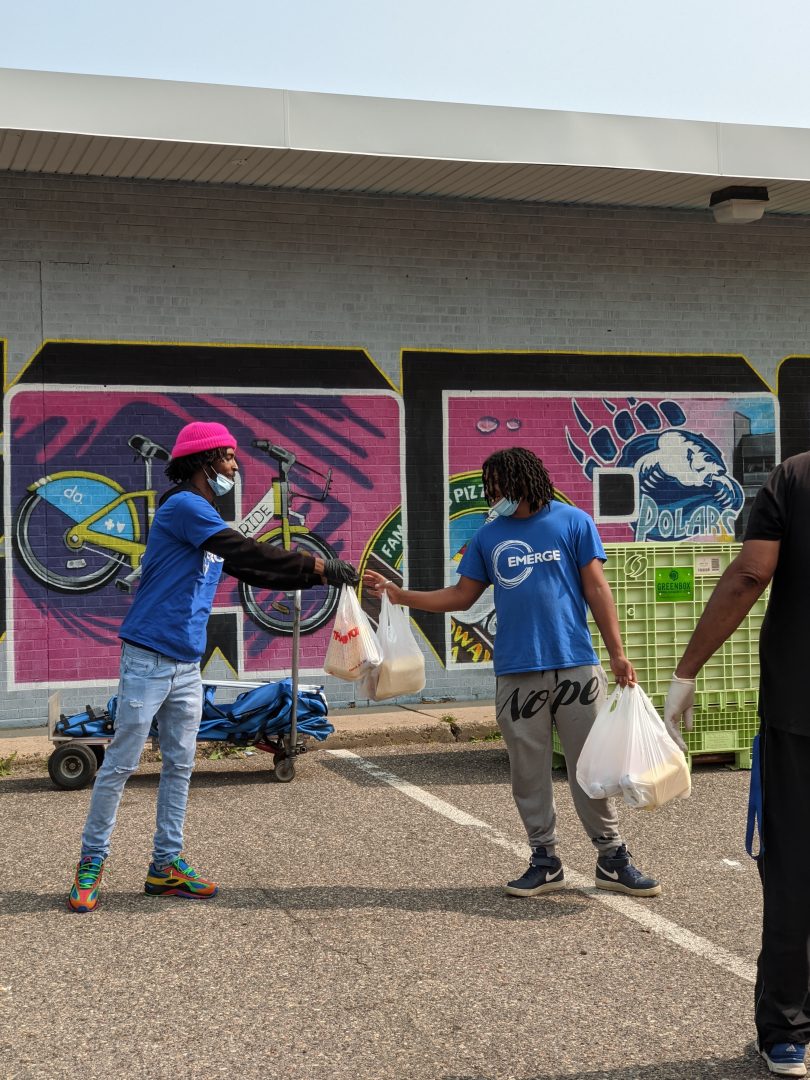 Sign up for our newsletter to see updates on EMERGE’s work!

EMERGE impacts thousands of community members a year to ensure participants have access to jobs, training, and support services. Stay in-the-know about EMERGE.
By submitting this form, I agree to receive digital communication from EMERGE.